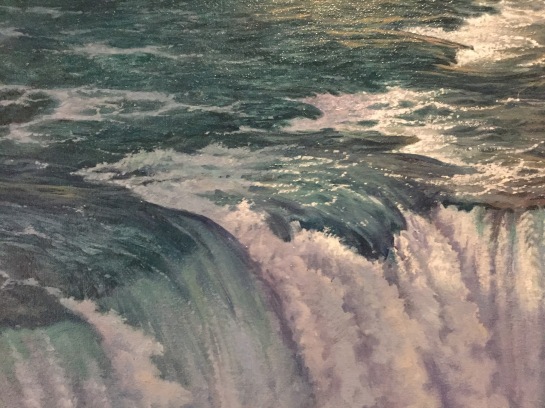 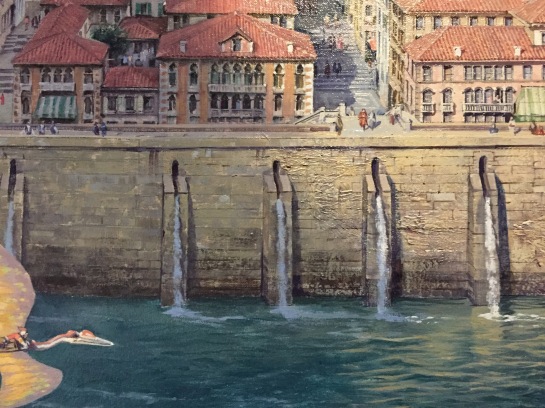 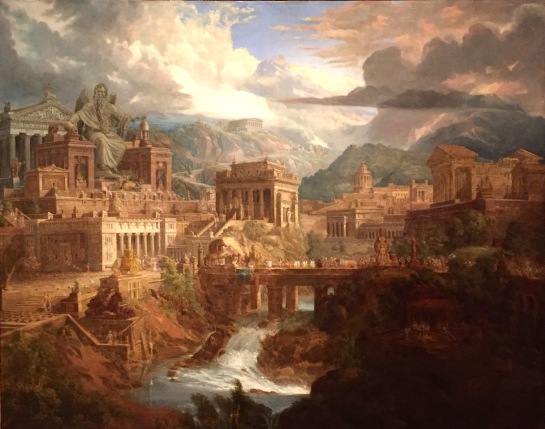 The top five images are of James Gurney’s Waterfall City: Afternoon Light (2001) and was at the Barbican’s SciFi show. The final image is of Josph Michael Gandy’s Jupiter Pluvius from the Ray Harryhausen show at Tate Britain (Harryhausen owned the painting which appears to have influenced a number of his projects).