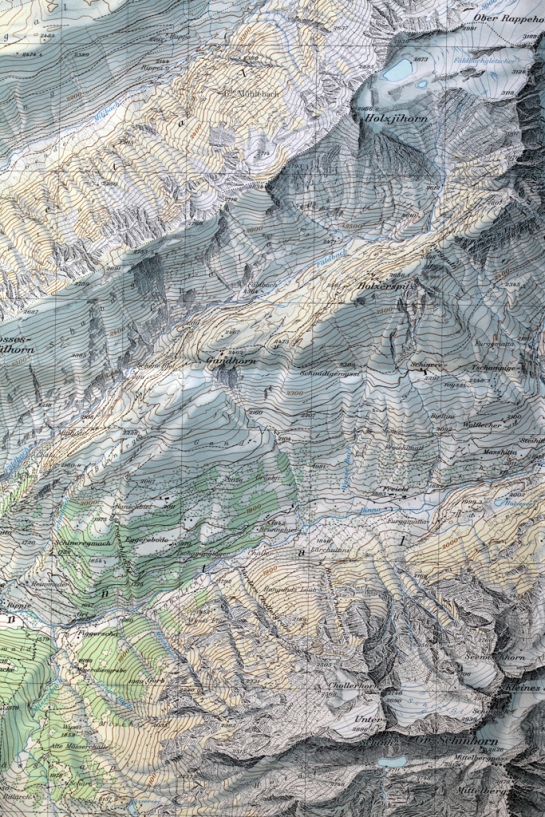 This photograph of a fragment of (an unfolded) 1:25,000 map of Switzerland reveals a terrible dilemma for the cartographers. The topography is so developed that contours alone are confusing – it is hard to tell if they describe a valley or a ridge. THe solution is to include shadow on the exquisitely drawn mountains, so that we can see the mountains in a more figurative representation.

The next problem is how to project the shadow. In the Northern Hemisphere the sun comes from the south, but to project such a shadow on the map that we tend to look at with north at the top confuses the light drawn on the map with the ambient light in the space we occupy. If we understand the light to come from above, the shadows should be on the southern side of the mountains but a southern sun would reverse this and prompt us to make a gestalt inversion – making the ridges the valleys. the cartographers have elected to make a high sun from just north of west (if it were a credible low sun the opposite side of the valleys would also be in shadow of the mountains to their west).

As a result, the pictorial representation of the mountains shows them in an impossible time (or inaccurate location). A delightful disturbance.

The gentle folds of the paper superimpose an extra subtle but strange topography in this view.