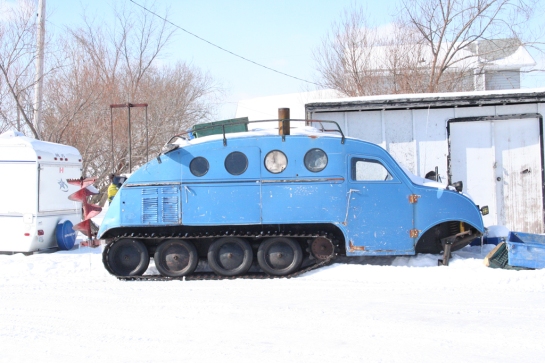 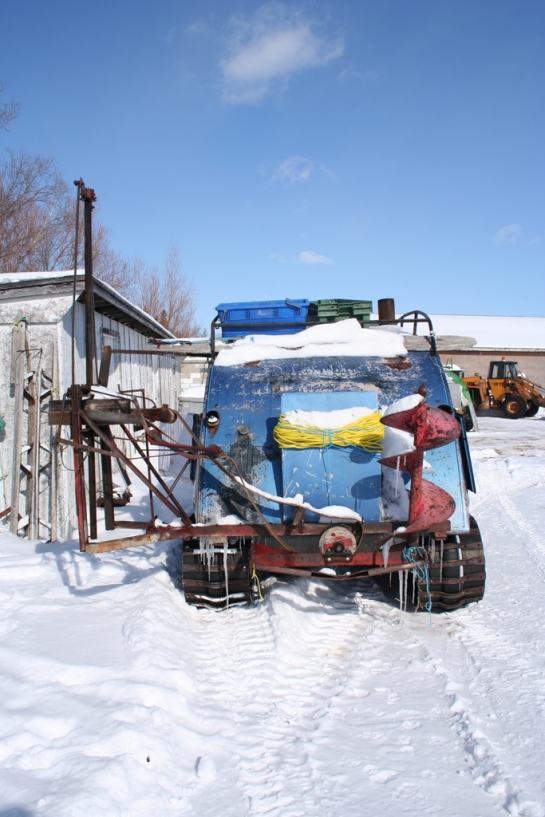 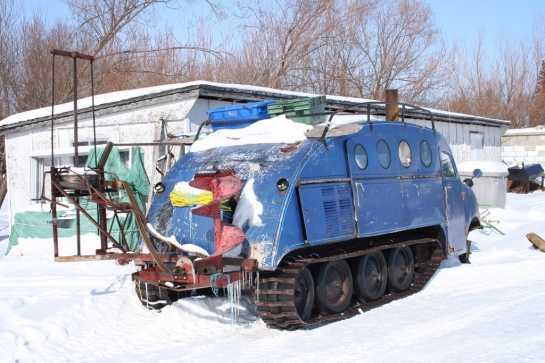 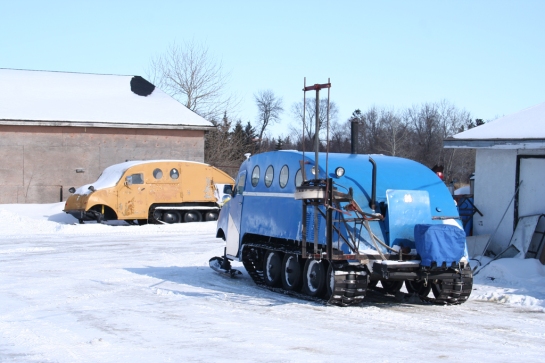 These half tracked vehicles are used over the winter by fishermen (these ones are owned by a bunch of really nice guys of Icelandic descent) and are run out of Gimli, Manitoba. They fish on Lake Manitoba when it freezes over. They drill a hole with an auger driven by a belt that takes power from the main engine drive shaft (although they have been rigging up independent generator engines more recently) and then run a little submarine under the ice with a cable, drill another hole and pull the submarine and  cable out and pull nets under the ice (which is three to four feet thick). The nets need to be extracted before the ice freezes again. The modern electric submarines look like they are blow moulded plastic and float just under the ice. They give out a homing signal so you can find them, but previously they used a plank with an improbably assembly of steel pieces that would walk under the ice when teased along with two ropes. The walking action would also make a tapping noise so they would know how far the plank had travelled. It is a tough existence. The green machine went through the ice leaving one of the guys in a coma for several months. They have since put a hatch in the roof to make escape easier.

The vehicles have wood burning stoves inside to keep them warm.

If you want to learn more and have a strange and wonderful read, have a look at Rob Kovitz’ Ice Fishing in Gimli: