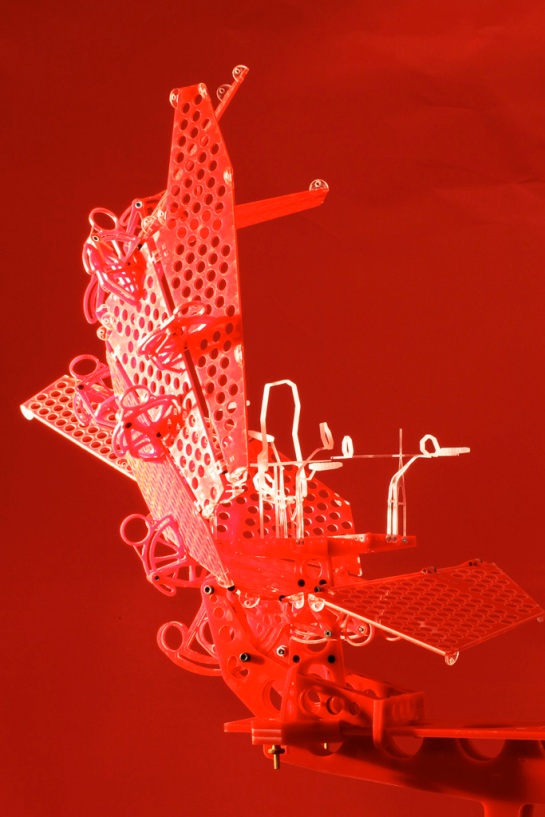 When light casts a shadow, the figure that lands on whatever makes the screen is a predictable combination of the angle of the light, the form of the objects and the nature of the screen. Instruments one, two and three played with the of manipulating such a projection as a critical reception of ideas. Every move was contained by the relentless obedience of light’s behaviour. Instrument fout tested out the idea that instead of projecting light, if paint were thrown at an object the shadow would not just be the figure of the object but also the dynamic conversation of one material hitting another. This visceral event would not be reliable and repeatable. Each time the paint were thrown the objects would be different, due to the accumulation of paint. Further more, as some of the objects had special figures to play with the paint in different ways,  they would would provide a range of ways in which the flying paint would behave during and after a collision of paint on drawing piece.

Each instrument has a number of parts. A three egged chassis holds a beam like an optical bench to hold a paint catapult, a picture plane and a set of drawing pieces. A side frame hold a model scene that is protected from flying paint by a glass dome. The scene reminds the person who is drawing of the content under discussion in the drawings they are making. As with the light projections, the form of the folding picture plane has a consequence on how the paint is accepted. Several other measuring instruments calibrate the relative positions of the instruments. 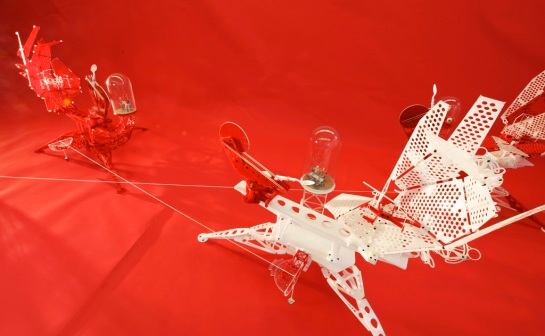 There are four versions of Instrument Five. One is red, one white and the other two a combination of the two – where one has red legs, for instance, the other has white. 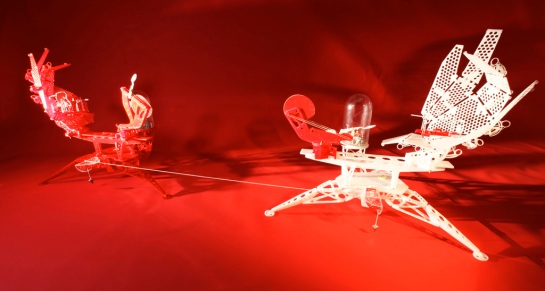 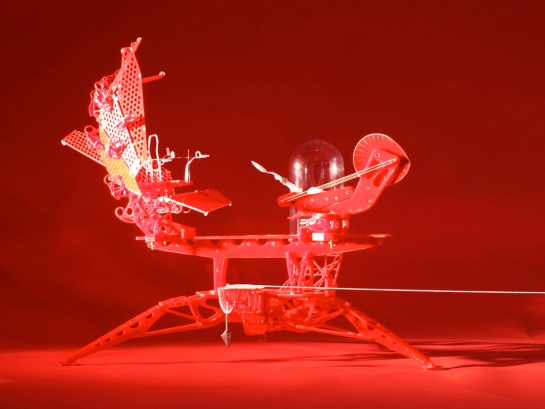 The pleasure in this instrument was the discovery that it can nurture the very condition that it tries to draw  in the person working with it. To get to that stage though, there is a further development that makes much more sense of the instrument. This is a series of high speed flash photographs of the paint flying though the air. I will show some of these in the next few posts. 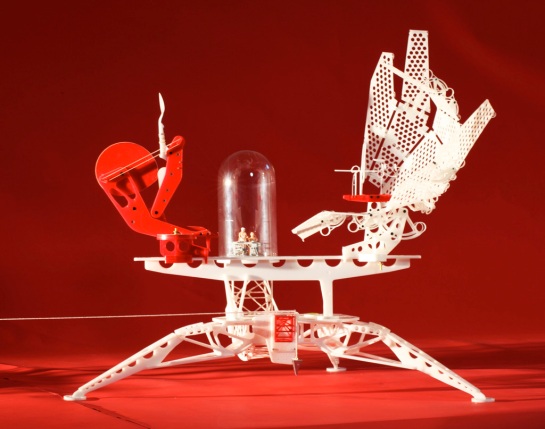 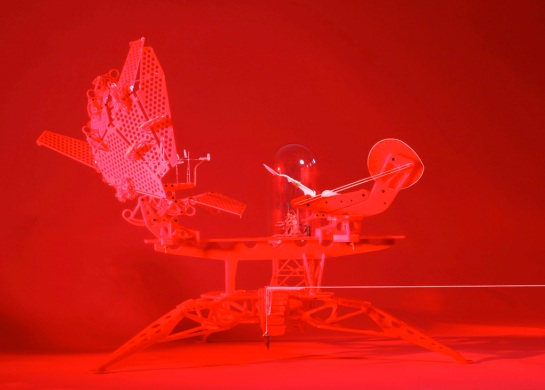